Which country drinks the most wine?

Have you ever wondered, which countries are the biggest wine drinkers in the world? Who drinks more, wine producers like France, Italy and Spain or New World countries like the US and Argentina?

Who drinks the most wine?

Forbes and Statists have just unlocked the answer for you with this nifty infographic showing the biggest wine drinkers in the world! 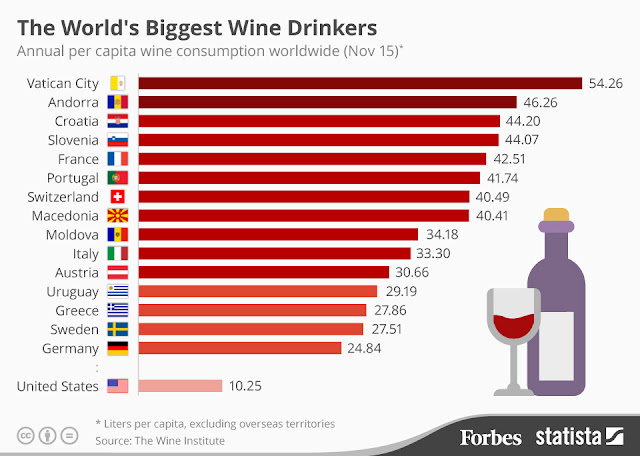 At 54.26 litres per capita, no one in the world drinks more wine than those living in Vatican City. The planet’s smallest country was followed in the rankings by Andorra and Croatia, at 46.26 and 44.20 litres per capita respectively.

Of the major wine producing nations France led the rankings, with its citizens consuming 42.51 litres of wine per capita annually.

It’s no surprise that the French drink so much wine. The country boasts great wine producing regions, such as Bordeaux and Burgundy, so French consumers have some fantastic products to choose from on their doorstep! If you want to see why Bordeaux has such a reputation for excellence, purchase the Chateau Margaux 1986 from Ideal Wine Company. This rich, full-bodied Bordeaux red will blow you away!
Posted by Ideal Wine Company at 16:46

How does music improve your wine?

There’s nothing better than pouring yourself a nice glass of red in the evening and relaxing after a hard day in the office. If you really want to make the most of this post-work treat, Ideal Wine Company advises you to put on some music so you can enhance your wine drinking experience.

Wine is a wonderfully complex drink. Different vintages possess a variety of flavour combinations, allowing you to embark on a unique journey every time you drink a new wine! You can enhance your wine drinking experience by engaging with your other senses as you consume, in order to really highlight the unique traits of your tipple. Increasingly, wine aficionados are pairing wine with music!

A number of writers, bloggers, merchants and experts are now teaming standout wines with classic tracks. Blogger Daniel Levin recently wrote a piece where he suggests bottles to drink with Prince’s greatest hits! He argued that Achaval-Ferrer's 2013 Malbec Mendoza goes well with Prince’s iconic ‘Purple Rain,’ due to the vintage’s silky smooth texture and hints of dark fruits and purple flowers. 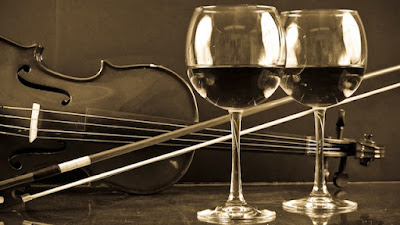 A recent Guardian article explains that there is a certain method to the madness of teaming wine with music. The piece states that music can serve as a “vivid and apt” way of “communicating a wine’s character and appeal,” adding that “much depends on your frame of reference.” The Guardian gives two examples of how various styles of music can express the character of different wine varietals.

The articles notes that this could apply to the overall structure of a wine. Say a vintage contains high acidity levels; the writer suggests that as the wine could be described as sharp, it could go well with high pitched music. The articles goes on to say that this could also apply to the overall feel of a wine. The writer argues that “a light, elegant, high acid wine such as Mosel Riesling really does seem to have, to me at least, spiritual kinship with a Mozart string quartet.”

There is evidence to suggest that wine really does taste better when you drink it to music. A study from experimental psychologist Professor Charles Spence, who is the Head of Crossmodal Research at Oxford University, indicates that that the link between taste and sound may be more ingrained within the human psyche than experts previously believed. 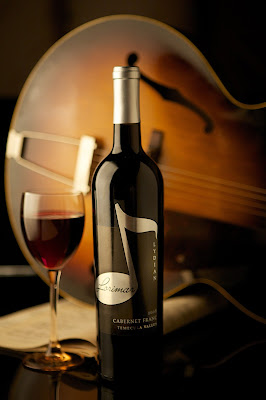 The research found that human beings really do see sweet and sour flavours as high pitched and bitter tastes as low pitched. Spence and his partner Qian Wang found that playing low pitched music while supping on “high pitched wines,” or the other way around, can really impact how we interact with the vintage. Spence and Wang added that this research is rudimentary and doesn’t yet have the ability to shed light on key structural wine components such as alcohol level, oak, viscosity and tannins.

In other words, if you consume a great vintage with the perfect song, it may be able to enhance your wine drinking experience! But how do you find the right combination? How about you do a little experimenting? If you buy the Chateau Pavie 1998, a full-bodied, powerful Bordeaux red, from Ideal Wine Company, research the vintage and see which song you think goes with this wine’s unique character!
Posted by Ideal Wine Company at 17:18

How Does Frost Damage Grapes for Winemaking?

A number of external factors can influence the winemaking process. If a region experiences adverse weather patterns, the quality of the grapes used to create a certain vintage can suffer. So how does frost damage grapes for winemaking? 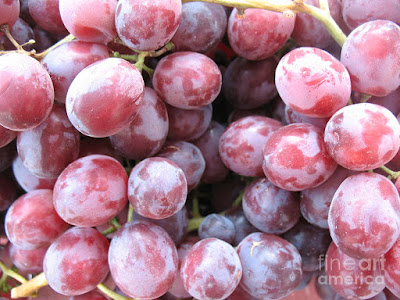 The grape growing season spans the spring months. Wine Maker Magazine explains that during this period, vines are sensitive to temperatures below 0 °C. If there is a spring frost and temperatures drop below this threshold, it can damage the opening buds and young shoots on grapevines. Sometimes this inhibits the entire vine’s ability to produce the quality grapes required for winemaking.

Vintners invest in a number of measures to prevent their grapevines from frost damage. This includes delaying pruning, so that vines experience later bud bursts and avoid encountering devastating spring frosts. Winemakers sometimes invest in temperature modification measures e.g. installing heaters in their vineyards, to ensure that frost cannot lower the temperatures and damage grapevines.

If a serious frost hits a winemaking region, it can cause significant damage to the area’s grape crop – as evidenced recently in Burgundy. Industry portal The Drinks Business reports that between the 26th and 27th April 2016, a heavy frost hit the entirety of Burgundy’s winemaking country, from the Maconnais to Chablis. Even those areas which normally escape such freezes fell victim to this frost.

The full impact of the frost is still being calculated but early estimations from regional industry body the Bourgogne Interprofession suggest that 46% of Burgundy’s vineyards – 13,453 hectares – were damaged by over 30% due to the frost. Furthermore, evidence suggests that 23% of those Burgundy vineyards affected saw their grape crops damaged by as much as 70%.

Frost damage can take a while to manifest. Therefore, several prominent Burgundy wine growers explained to The Drinks Business that it may be some time before they can fully assess the damage that this frost inflicted on the region’s grapevines. The frost also hit a number of other French wine growing regions, most notably impacting the entirety of the Loire Valley. Estimates indicate that many vineyards in this area have seen their grape crops damaged at rates which eclipse the 30% mark.

As seen recently in Burgundy, frost can restrict a grapevine’s ability to produce the standout grapes necessary for winemaking. Burgundy produce beautiful wine like the Clos Saint Denis 1996 using their world-class grapes. Frost damaging crops is a serious issue for wine producers and we hope a good harvest is still possible.
Posted by Ideal Wine Company at 15:32

New figures have shown Ideal Wine Company that UK consumers are central to the world wine trade, suggesting that we Brits really love a good glass of wine or two! 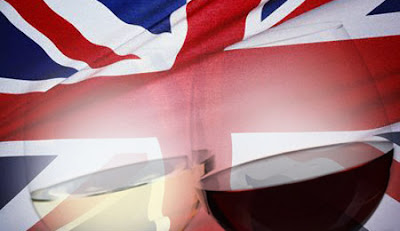 The Drinks Business writes that new data released by The Wine and Spirit Trade Association (WSTA) shows just how pivotal the UK is to the global wine market. Speaking on the first day of the recently-held World Wine Fair in London, WTSA CEO Miles Beale said that we’ve become a big wine importer.

WSTA shed more light on the complexity of the UK’s place in the global wine sector in its recently released inaugural Wine Report. According to WSTA, ever-expanding dominance in the import-export trade is serving as the key driver of UK wine sector growth. They attributed this both to the UK’s position as the preferred point of international entry into the EU’s single market and rising investment in the country’s bottling plants.

Commenting on the release of WSTA’s first Wine Report, Beale said:  “Britain has become a global giant in the wine industry, something which is evident from the complex importing and exporting networks highlighted in the WSTA’s first ever annual Wine Report. The UK is the sixth largest, and probably the most diverse, wine market in the world.

“We employ 170,000 people directly and a further 100,000 people in the supply chain including agricultural, technical and seasonal jobs. Britain now has a huge capacity to import and package wine on home soil, making us a key hub for distribution domestically, but also to the EU and globally. The UK is the international wine industry’s destination of choice for onward distribution to the EU and other Northern hemisphere markets.”

WSTA’S Wine Report also revealed the UK’s top ten wine trading destinations. Several emerging wine makers such as Brazil, the United Arab Emirates, Macao and Moldova all made it onto the list. However, the rankings were led by France and the US, which have both built up steady reputations for producing some of the finest wines the world has ever seen.

If you want to see why fellow Brits love French wine so much, why don’t you try a bottle which was made in Bordeaux? One of France’s premier wine-making regions, Bordeaux wineries are known for producing excellent reds from grapes such as Cabernet Sauvignon,

Merlot and Malbec, which are destined to blow your taste buds away. Here at the Ideal Wine Company we supply a selection of Bordeaux wines; peruse our product list now to find a delicious French red wine you’re sure to love!
Posted by Ideal Wine Company at 12:36

What is En Primeur Wine?

As a wine enthusiast, there are certain industry terms you may wish to familiarise yourself with in order to broaden your wine knowledge-base. So what is en primeur wine? 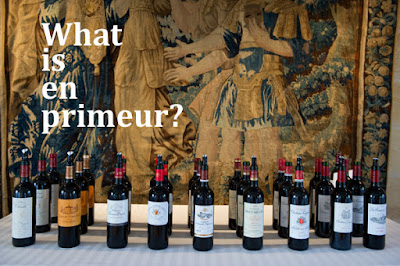 At Ideal Wine Company, we strive to provide effective customer service. We have a number of facilities you can use to learn more about wine.  There’s our Glossary page, where we explain key industry-terms and a Frequently Asked Question’s (FAQs) page, where we answer some common queries about the global wine sector.

On the FAQ’s page, we answer: “what is en primeur?” French for “wine futures,” en primeur refers to the practise of buying a vintage from a producer while it is still in the barrel and has yet to be bottled. If you pursue this option, you will then receive the wine after it has been bottled and distributed.

Every year, there are numerous en primeur offers from wine merchants, most notably in Bordeaux. However we would advise you to only go en primeur with established merchants, as buying a wine before it has been reviewed by experts means you need to ensure you will receive a quality product.

We would also suggest that you conduct research before buying en primeur. If you perform a few Google searches, you can find out whether a wine region’s industry professionals, along with market experts, believe that it will produce a good vintage that year. For example, as far back as late last year experts suggested that the 2015 Bordeaux would be excellent, due to the favourable weather the region received during the previous growing season.

Here at Ideal Wine Company, we don’t provide en primeur purchase options. We are dedicated to providing you with fine wines that have already developed a reputation for excellence. Whether you go en primeur or choose to purchase fine wines which have already cultivated a great reputation, make sure you don’t go in blind.

It's recommended that do your research, so that you can find the right vintage for you, ensuring that you buy a wine your taste buds are sure to love!
Posted by Ideal Wine Company at 11:56